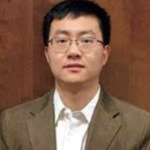 Wei Zhang received his B.S. in Physics from Peking University, China (2008) and Ph.D. in Materials Science and Engineering from University of Washington – Seattle (2013). He did his postdoc work at Argonne National Laboratory (2013 – 16). He served in the Physics department of the Oakland University in Michigan until 2022 when he moved to UNC Chapel Hill. His scientific research is focused on the fundamental excitations of magnetically ordered materials and how they interact with other excitations, such as microwave photons, light, and phonons. His work encompasses essential aspects of these magnetic phenomena and their potential applications. He was the recipient of the IEEE Magnetic Society Early Career Award (2016) and NSF CAREER award (2020). 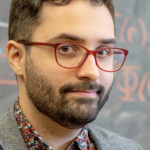 Carl Rodriguez will join the Department in January 2023. He received his B.A. in Physics from Reed College in Portland/OR (2010), and his Ph.D. (Physics) at Northwestern University in 2016, advised by Fred Rasio. After two postdocs at MIT and Harvard, he joined the Physics Department at Carnegie Mellon University as assistant professor in 2020. Dr. Rodriguez works at the intersection of stellar dynamics, gravitational wave physics, and computational astrophysics. He is leading a community effort to understand the formation and evolution of binary black hole systems, from their formation in stellar clusters to the final merger resulting in gravitational-wave signals.